This week’s post is a celebration of food and community. First pat on the back in my trio of food smugness goes to Foodcycle Portsmouth and my friend Alexa, a fellow Green Party member, who organised a Portsmouth Green Party meal ‘takeover’ of Foodcycle which I participated in recently.

Foodcycle is a fantastic food waste charity that creates free meals for the community from donated food waste. Foodcycle  Portsmouth provides the local Pompey community with tasty, free vegetarian meals made from surplus food that would otherwise go to waste. They do this twice a week: on Tuesdays at the John Pounds Centre and Thursdays at King’s Church on Somers Road.

It was a blast! A group of us Greenies were welcomed with open arms by the regular volunteers and guided by a calm and knowledgeable Team Leader, we cooked a three-course meal of veggie soup for starters, pasta bake with potato wedges, garlic mushrooms and wilted spring greens for mains and fruit salad for dessert. The entire meal – the cooking, prepping, serving and cleaning up – took about four and a half hours and was attended by about 45-50 guests. The evening was both wonderful and exhausting. I took the mountain of veggie scraps for my compost and left on a complete high and with the vow to volunteer there once a month. 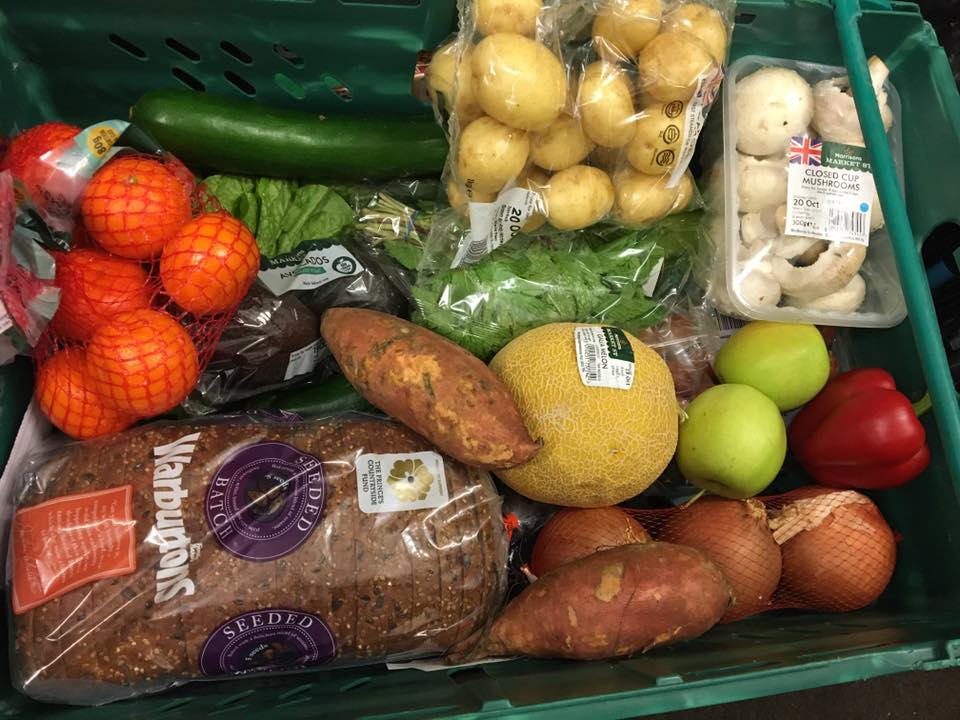 The Real Junk Food Project South Coast run a number of pop-up ‘trash’ cafes in Gosport and Portsmouth dedicated to collecting and repurposing food waste.  They are part of a global network aiming to abolish surplus food through a variety of Pay As You Feel concepts. I bought my first veggie food hamper from their Portsmouth pop-up cafe, which can be found at  Buckland Community Centre on Wednesday afternoons, for a £10 Hamper fee paid in advance when I ordered online and a Pay What You Feel on collection.

There was so much food – a great mix of fruit, veg, proteins such as tofu and also snacks. It was so fun to receive as it contained foods and brands I haven’t tried before. There was some fancy fake-chicken that I would not have bought in the supermarket as it is rather pricey! All that perfectly good food would have been destined for the bin but instead was destined for my belly! Double win! They also offer gluten and dairy-free hampers and can deliver for an extra fiver. As you know, I’m not a big fan of leaving the house, especially now winter is coming, so I will definitely be using their delivery service! 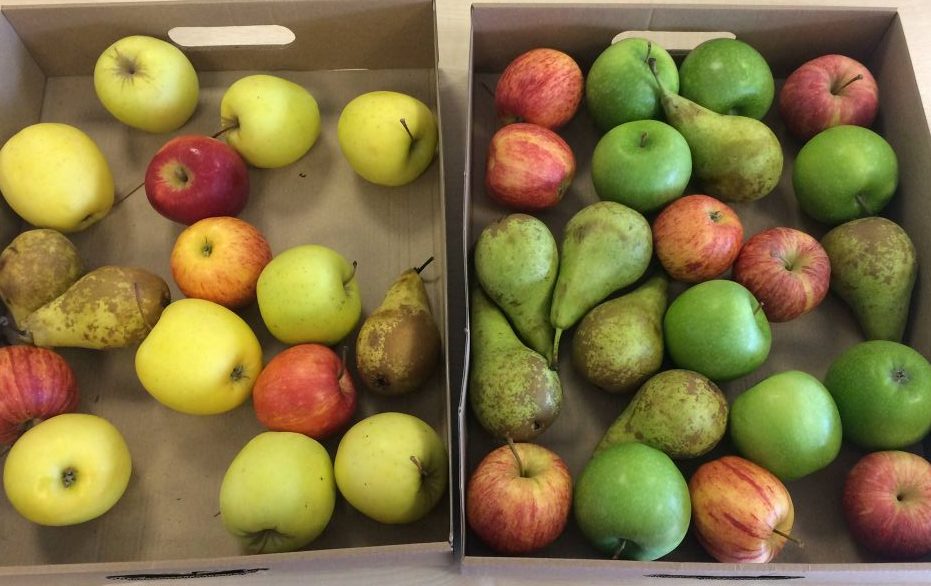 At the Dutchman’s (my hubby) work, his office has a plastics-free fruit box delivered each week. I hadn’t realised that if the fruit isn’t all eaten or taken home by a colleague, it goes in the bin. Sacrilege! About 40 apples and pears were destined for the bin. Not on my watch!  I offered the fruit on the  Zero Waste Portsmouth discussion group on Facebook, with Foodcycle Portsmouth and the Olio app as my backup.

In less than an hour, the apples and pears were collected by a Zero Waster who turned out to be a neighbour who lives on the same street as me! We’d never met before and both happened to be members of Zero Waste Portsmouth. And as a kindness, the next day she gave me a bag of parsnips that she’d won in a hamper and did not want. It gave me the warm fuzzies and I am loving the green community in Portsmouth!

And what about you, dear Reader? Have you had any experiences with FoodCycle or the Trash Cafe Network? Or any tips and tricks on reducing food waste? Leave your thoughts in the Comments section below. We really do LOVE hearing from readers. It gives me such a buzz! Byeeeeeee buzzzzzzzzz 🙂