A hoarder attempts to declutter in an environmentally friendly way…

I have too much stuff.

A few weeks ago, as of writing this blog, I (Emma) was trying to find the will to tidy up. I had four baskets of laundry that needed doing, I had at least one basket of ironed clothes that needed putting away, I had Christmas decorations to pack away, I had letters from my bank that needed filing, and I had new gifts from Christmas and my birthday that I needed to find space for.

That’s when it hit me. The reason that it felt so overwhelming to begin tidying is that I have far too much stuff.

How did it get to this point?

Well simply, I have long been reluctant to throw anything away for environmental reasons. Charity shops, where I’d wager most people dispose of their old items, are overrun with the castoffs from fast fashion and are unable to shift it- so they sell perfectly usable clothes as rags (to make some money) or send them to developing countries (which hurts the local textile/garment industry and the economy as a whole)- and are outright refusing or binning some items because they can’t make money from them (VHS tapes/cheap kids toys).

While recycling her mixed plastics at Sainsbury's, Tamara noticed that the charity banks were full and people had left their donations on the ground. We love donating our used goods to charity but they can get ruined unless secure in a bank or shop and are useless to the charity. If the banks are full, do as Tamara does and phone the company to let them know so the bin will be emptied. And don't leave your donations outside, it's basically flytipping. #charity #donations #Portsmouth

Besides, what if someday I fit back into that dress/ discover how to dismantle that perfume bottle/ find the lock that fits the key that I’ve had in my desk drawer since 2007/ want to watch Buffy the Vampire Slayer on video?

I’ve known for a while that this hoarding is a tendency of mine and up until this year, I had decided just not to buy new stuff, but that doesn’t solve the problem.

In 2018, I’ve been attempting to get rid of my excess stuff in a way that doesn’t hurt the environment and I wanted to share with you what I’ve learnt.

As discussed above, sometimes charity shops cannot sell donated items but that doesn’t mean you can’t. It began as an experiment with VHS tapes because I couldn’t find anywhere that would take them or how they could be recycled and I listed various videos that I didn’t want anymore on eBay because I had some free listings.

I had expected them not to sell at all, but a couple of them sold quickly. This might be because it’s rare to find that film/tv programme nowadays or because someone is still refusing to get a DVD player. Either way, they escaped the landfill.

I’ve done the same thing with several empty perfume bottles that I’ve been hiding at the bottom of my wardrobe because I wasn’t able to separate the glass bottle from the metal/plastic spray nozzle for recycling. Turns out some people really like to collect perfume bottles… why knew?

I even print the labels on scrap paper and use old cardboard boxes to send the items.

Remember, just because you’re being kind to the environment, that doesn’t mean you can’t make money.

Donating direct to people/organisations that can use the items 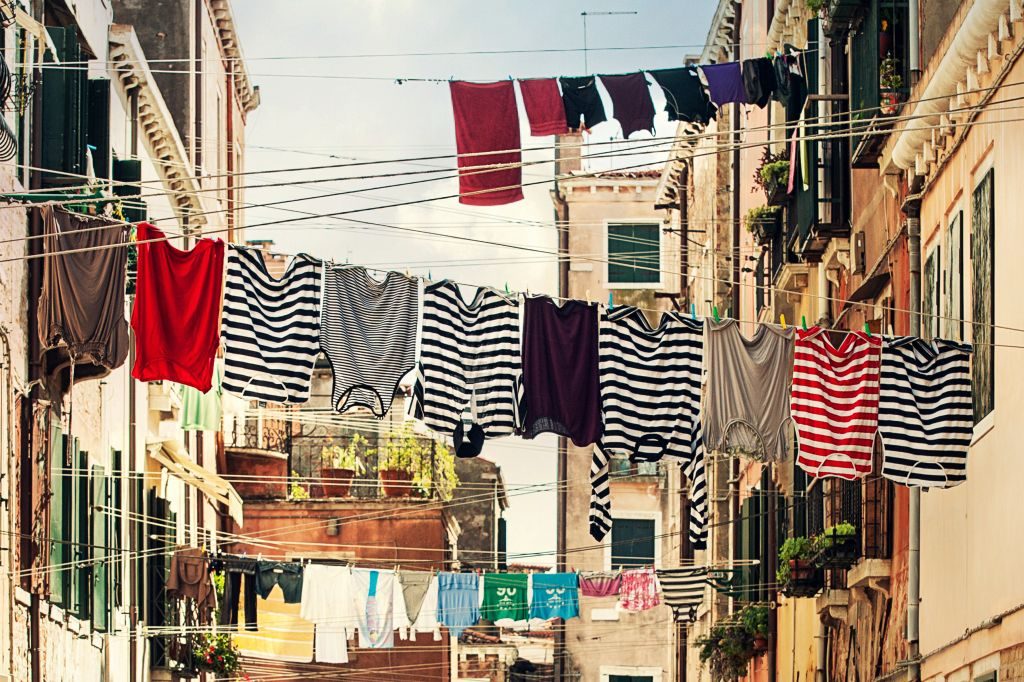 Again, if charity shops are overrun with goods that are made to suit fad fashion, then why not donate the goods direct to people who can use them. This might mean listing items on Freegle or Freecycle or googling “donate [item] Portsmouth”.

Over the past few weeks, I’ve donated a few bedding sets and some clothes to the local women’s refuge (someone collects them as they cannot give out the address for safety reasons), quilt covers and pillows to The Lifehouse, a homeless resource centre in Southsea, travel-size toiletries (collected from hotels over the years) to Two Saints, another homeless shelter, and donated cat treats and toys that my cat doesn’t like to The Stubbington Ark RSPCA Animal Shelter to feed/entertain their rescue cats.

You may even find that someone you know is looking for an item, so update your Facebook status or send out a tweet. I donated my grandma’s moving boxes to a friend who owns an online business and ships large items and got rid of my many empty Lush pots to friends who wanted a free face mask.

Even stuff that isn’t in good condition can still have a use. My cat routinely claws clothing, bedding, blankets etc. and in the past month, I’ve donated ripped bedding to The Stubbington Ark for use as bedding for their animals and ripped clothing to the PDSA as rags- the charity can get money from the rag merchant and recycling credits from the government.

Did you know that you can recycle old (and even damaged) clothes at charity shops like the PDSA? For clothes that are damaged beyond repair, like the t-shirt which got damaged by the iron or the leggings that got a hole in the knee when you tripped over, the charity will sell them to rag merchants and raise money that way. #recycle #clothing #charity #Portsmouth #Greenparty #charityshops @teampdsa

I’m not going to lie. It hasn’t always been easy to find the most environmentally friendly way to declutter but it has been worth it. Hopefully, at the end of the year, I can tell you that I’ve been able to declutter without damaging the environment.

Do you have any tips on eco-friendly ways to declutter? Let me know in the comments below.